The world´s most famous Nightclub and brand. The first Pacha club was opened in Sitges outside Barcelona in 1967.The Ibiza club, located in Ibiza Town, is the best known venue today. During 2009 Pacha acquired El Divino, near the marina of Ibiza la Nueva, which will be converted to a luxury restaurant and music bar, and its name will be changed. In a 2012 DJ Magazine poll of the world's 100 best nightclubs, Pacha rated third.Popular by tourists and locals. Also open in winter on Friday and Saturday. Walking distance from Ibiza city and the harbour.Parties like F*** ME I’M FAMOUS (David Guetta), PURE and FLOWER POWER a are held in Pacha (info:2013, for agenda check our Latest news) 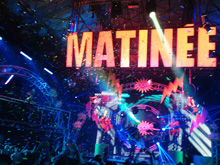 Three times winner of the 'best global club' award, the site includes listings, club nights, shop, photo gallery and their own radio. Amnesia is one of several internationally renowned clubs in Ibiza due to Joseph Mullen who created Cream in 1996 and was awarded Best Global Club in the 1996, 1997, 1998 and 1999 International Dance Music Awards for the respective previous year at the Winter Music Conference in Miami. The club is located close to the village of San Rafael on the highway between Sant Antoni de Portmany and Ibiza Town and less than a kilometre apart from Privilege, both among the island's most popular nightclubs. The club can pack more than 5,000 people on the dance floors. Amnesia was the first major outdoor club on the island. Today, the previously open-air terrace is closed, but light still floods in as sunrise approaches. Like Privilege, it is famous for its sunrise dance floor.Parties like LA TROYA and MATINEE are held in Amnesia (info: 2013 for agenda check our Latest News)

Night club and venue with a swimming pool.Features an events calendar, photo gallery, online shop, and forum.Parties like SUPERMARTXE, EDEN and ARMIN VAN BUUREN are held in Privilege (info:2013, for agenda check our Latest news)

Space in its current form began in 1989 when Pepe Rosello, Ibiza nightclub owner since 1963, took over the establishment, which in the four years since it was built had housed a conference hall with a discothèque. The opening policy agreed with Spanish licensing laws, which state that an establishment must close for at least two hours a day. The first DJs to shape the venue into its current shape were Alex P and Brandon Block — two British club DJs/Producers and residents of Sunday Space Terrace — Space's outdoor terrace, where airliners roar overhead. This open terrace and the roaring sound of the airliners breaking through the booming dance music has become one of the club's defining features. Since Amnesia and Privilege have had to encase their open-air dance-floors due to noise complaints from their neighbours, Space remains one of the few venues where club-goers can have this experience, and the crowd's greeting of the arriving aircraft has also become a ritual among the club's patrons. Other resident DJs/producers responsible for the club's popularity include Reche, Jose de Divina and Jon Ulysses. Space released compilations every year via the former Azuli label and now with CR2 Records.Parties like WE LOVE SPACE, CAFE OLE and THE REVOLUTION (Carl Cox) are held in Space (info:2013, for agenda check our Latest news)

Club near the airport with airplanes flying over all day. DC 10 has 2 dance floors and a TERRACE that you must see! There is a covered terrace with a side room where about 1,500 partygoers fit, but you do not go there for the decorations - the club is well-known for the crazy CIRCOLOCO parties on Mondays. Be prepared for the most mysterious guests, underground techno and the wildest atmosphere on the island. The motto of these parties is: expect the unexpected!

Ushuaia Ibiza Beach Hotel, one of the most talked about venues of the 2013 Ibiza summer. The event drew in thousands of party-goers eager to see a line-up of DJs considered to be amongst the best in the underground electronic scene. They were accompanied by a spectacular entourage of Ibiza go-go dancers, acrobats and stilt walkers against a backdrop of breathtaking scenery that emulated a classic circus tent. The venue was also adorned with Big Top attractions, such as giant pinwheels, claw machines and candy floss stands, which were available to the thousands that gathered to enjoy the one-of-a-kind show. Even the intermittent rain couldn’t tarnish the excitement! The closing party saw Ushuaia Ibiza Beach Hotel put the finishing touches on a season that saw over 175 poolside parties hosted by the likes of David Guetta, Avicii, Luciano, Pete Tong, Loco Dice, Sebastian Ingrosso and Axwell, among others. In its third successful season, Ushuaia Ibiza has once again established itself as the most aspirational venue on the White Isle and a go-to place for celebrities and sport stars, including Leonardo Dicaprio, Paris Hilton and Lionel Messi to name just a few. In 2013 The Ushuaia Tower joined Ushuaia Ibiza Beach Hotel; a stunning eight-storey building that has raised the bar in offering an even more exclusive Ushuaia experience. Throughout the season, The Tower has welcomed its own outstanding performances from artists such as Louie Vega, Jean Claude Ades, Sasha, Reboot and Wally Lopez.Parties like ANTS, WE PARTY and LUCIANO AND FRIENDS are held in Ushuaia (info:2013, for agenda check our Latest news)